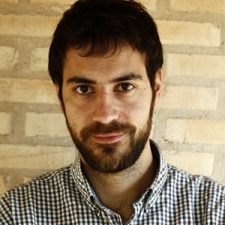 Lorenzo was born in 1985 in Villena (Alicante). At the age of eighteen he left his hometown in order to begin his degree in Fine Arts. He started a great adventure that allowed him to live for long periods in many places all over the world: Spain, Italy, USA, United Kingdom, finishing his studies in the city of Valencia. Not complete yet with his knowledge in Arts, he began his second degree in Humanistics in the University of Valencia, doing at the same time a Master in education of Social Science. Indefatigable traveller, when he has to define his nation, he regards himself above of all as a mediterranean. This mediterranean nature makes him enjoy life, Arts and philosophy in a genuine way, rejecting the artificial. Since he was a little boy he took very seriously the advise given by his father that summarize clearly the way he thinks: “Life is too short to drink bad wine.”

The perfect combination of natural beauty, fine gastronomy and delicious wine. This experience will create a lifetime memory! Discover the monastery and national park of Montserrat, one of the mos ... + MORE

The best choice for a late start and those looking for a relaxing experience Set out from Barcelona just after 10 am for a day that combines a visit to Montserrat Mountain and monastery with a won ... + MORE

Discover the amazing Montserrat with this added value tour. Perfect if you are planning a short stay in Barcelona! A break in nature during your holiday in Barcelona. Visit Montserrat Monastery and ... + MORE